Are you looking for expertise in the field of immersive media creation?

Let us know – we bring virtual visions to life. 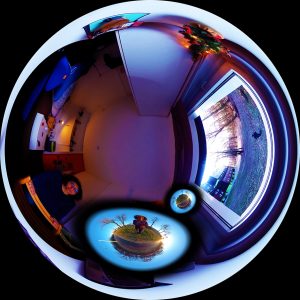 “Immersive media” such as 3D-audio, Fulldome Media, 360°- cinema and related VR/AR applications do not only ask for an innovative creation of content. The fundamentally changed conditions of display and perception require a thoughtful revision of established
forms and performance practices. That´s why our work comprises all stages of creation. With our longterm experience, we bring ideas in perfect shape for a breathtaking experience.

Since 2013, the SEM-Lab contributes with its artistic and scientific position to the ongoing discourse about 3D-audio and 360°-movies.

Our research programs explores the specific dramaturgical, aesthetic and conceptual possibilities and, based on these findings, develops new types of audiovisual art forms and concepts. Our artistic research results in 3D-audio compositions, earplays, audio-visual installations, augmented reality applications and numerously awarded 360°-movies with and without 3D-audio soundtrack.

The research transfer into society and economy is impetus and a cornerstone of the work in the SEM-Lab and is undertaken in many ways:

Our AR\VR/3D-Audio-Lab is best suited for the creation of linear and interactive projects such as 360°-film / fulldome, 3D-audio and VR/AR-applications.